Hiking tour - Through the rocks

Path around Tinos. This is a trekking route around the villages of "Volax", "Myrsini" (or Musulou) and "Falatados".

About the tour
Excursion's schedule

The route starts from Volax, one of the oldest villages in Tinos, built entirely within the scenery of granite rocks. The village is known for the people who were engaged in basketry, an art that flourished in the past. Then, following one of the many paths that basket makers used to market their products, we will head to Myrsini. The path passes through impressive granite formations, which according to mythology are remnants of the Battle of the Titans with the gods. From Myrsini (or Musulou) we will head to Falatados, a village whose history begins around 1400.

The settlement is surrounded by a very fertile area with fruit trees, vineyards, botanicals, plane trees, mulberry trees, willows and so on. while it has plenty of water. Previously, along with the neighboring Steni, they were the center of the area where the silkworm breeding and the skin processing flourished. From Falatado, following a well-trained path, we will climb to the terminus of the Volax route.

Need help with your accommodation? 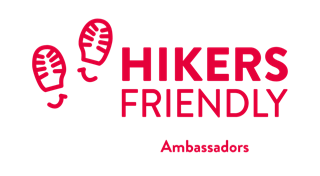